Thousands of chemical compounds with effective in vitro inhibition of essential bacterial targets have been identified by pharma companies. Strikingly, almost none of them show reasonable antimicrobial activity when used in vivo, most especially in Gram-negative bacterial pathogens.

We are developing more and more robust in vitro and in silico methods for the investigation of antibiotic permeation through the OM However, what happens in the context of the whole bacteria and infections has a higher level of complexity. Hence, tests of antibiotic permeability in bacteria should be developed as a next step.

In our lab, we develop fluorescent antibiotic biosensors genetically encoded in bacteria, using standard microbiology techniques, such as thermocyclers, incubators, geldocs. These biosensors are engineered antibiotic targets or antibiotic degrading enzymes containing a fluorescent amino-acid in their active site. Upon antibiotic binding, subtle changes in the local environment of the fluorescent amino-acid can be detected by changes in fluorescence properties. The system used for insertion of synthetic amino acids in proteins was developed in Pr. Schultz laboratory at the Scripps Research Institute (Young el al. J. Mol. Biol. (2010) 395, 361–374).

The advantages of these biosensors are multiple:

– can be genetically encoded in bacteria

– are compartment specific (expression in the periplasm or cytoplasm)

– permeating antibiotics can be detected with a continuous assay (fluorescence kinetics)

Currently, fluorescent biosensors are designed for the detection of β-lactams in the periplasm and aminoglycosides in the cytoplasm. 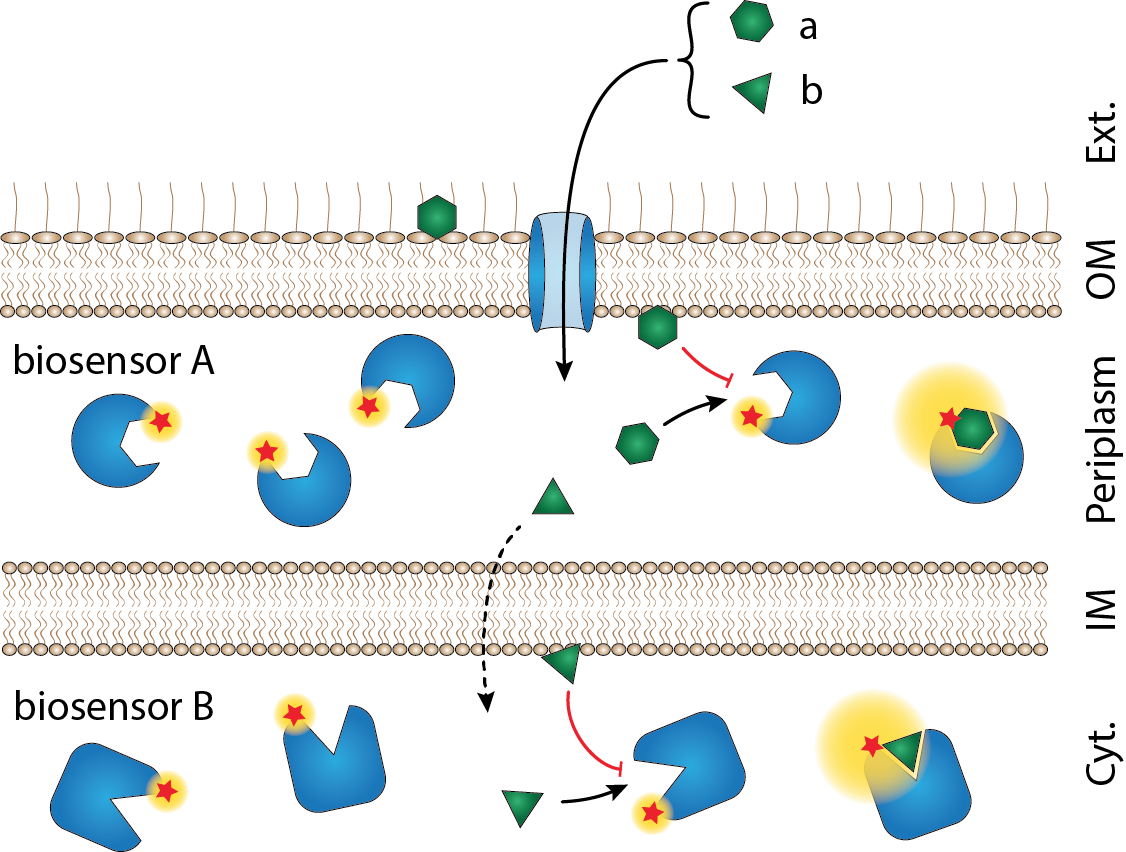 Currently, the permeability of the chromogenic β-lactam nitrocefin is being investigated in bacteria expressing the β-lactamase AmpC.

Both the chromogenic antibiotic permeability assay and fluorescent biosensor assay can be adapted to liposomes for higher throughput investigations (microplate assay). 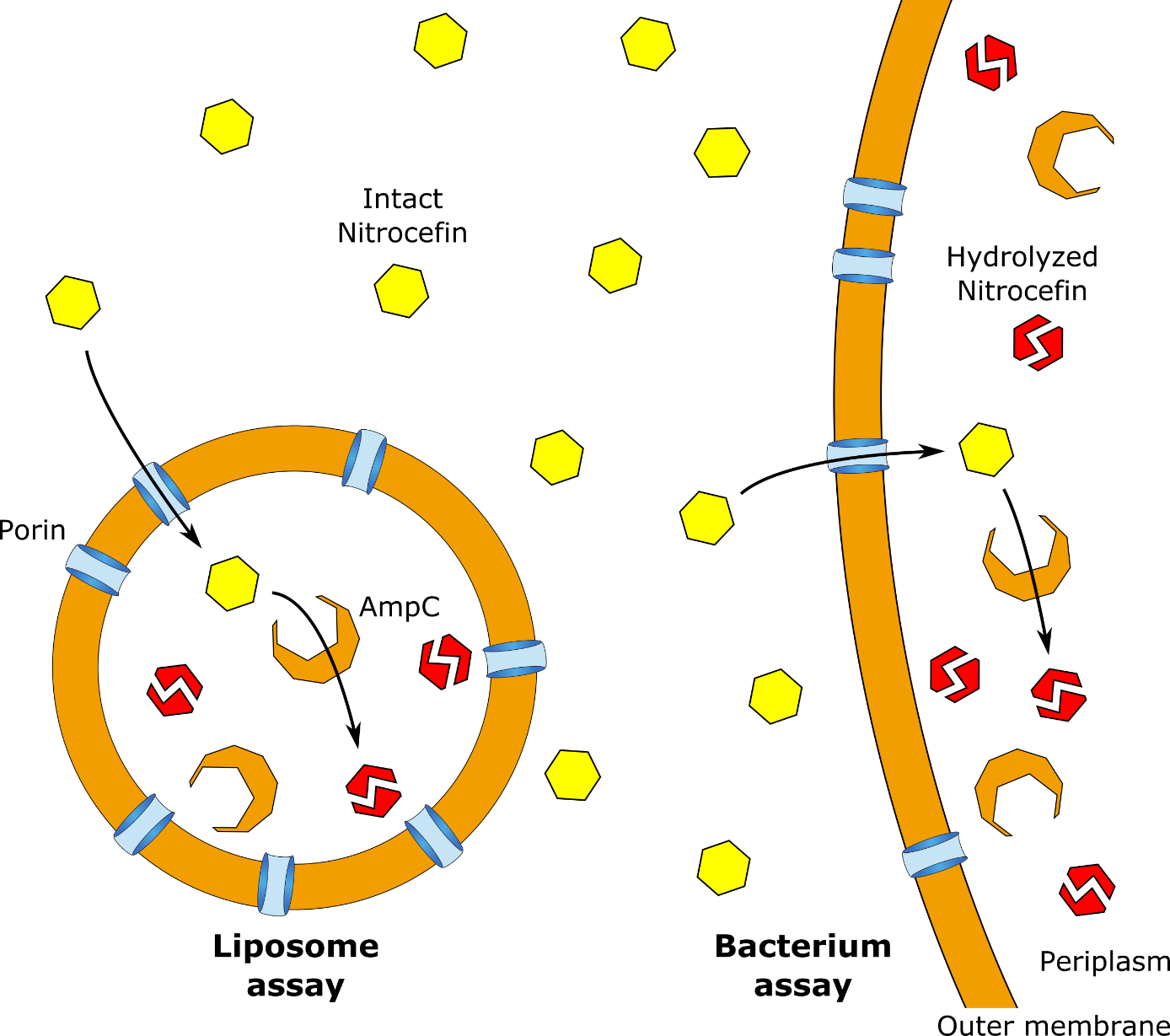