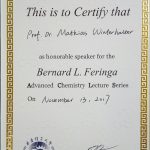 He was hosted by Prof Yitao Long at ECUST (East China University of Science and Technology).

“They lit the torch that we now carry – the pioneers”. Learn how IMI_JU speeds up drug development http://ow.ly/sj8730daVZR  #CarryTheTorch

“The road is long but we won’t stop trying”. Learn how IMI speeds up drug development http://bit.ly/2tMzYEz #EUAMRaction #CarryTheTorch

We welcome to the group, as visiting professor, Hiroshi Nikaido, a single-minded person who worked on the bacterial cell envelope from the beginning. His first paper as a graduate student, almost half a century ago,1 dealt with the lysis of what turned out to be galE mutants of Salmonella enterica in the presence of galactose: they could not form lipopolysaccharide (LPS). So began the career of one of the greatest prokaryotic membrane biochemists. His research since then encompasses over 250 publications that explained the functions of bacterial cell envelopes in innovative ways. It addressed four major themes: the barrier properties of LPS, the transport functions of general and specific porins, the structure of the mycobacterial cell envelope, and the mechanism of antibiotic efflux through multidrug resistance pumps. Solute recognition by periplasmic binding proteins, the biochemistry of ABC-type transporters, and outer membrane protein A (OmpA) were three other research interests, and Nikaido’s papers in these areas also broke new ground. [excerpt from Klebba, P. E. (2005). The Porinologist. Journal of Bacteriology, 187(24), 8232–8236. http://doi.org/10.1128/JB.187.24.8232-8236.2005] 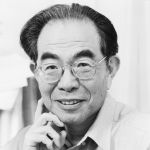 Professor of the Graduate School Division of Biochemistry, Biophysics and Structural Biology at University of California, Berkeley, USA